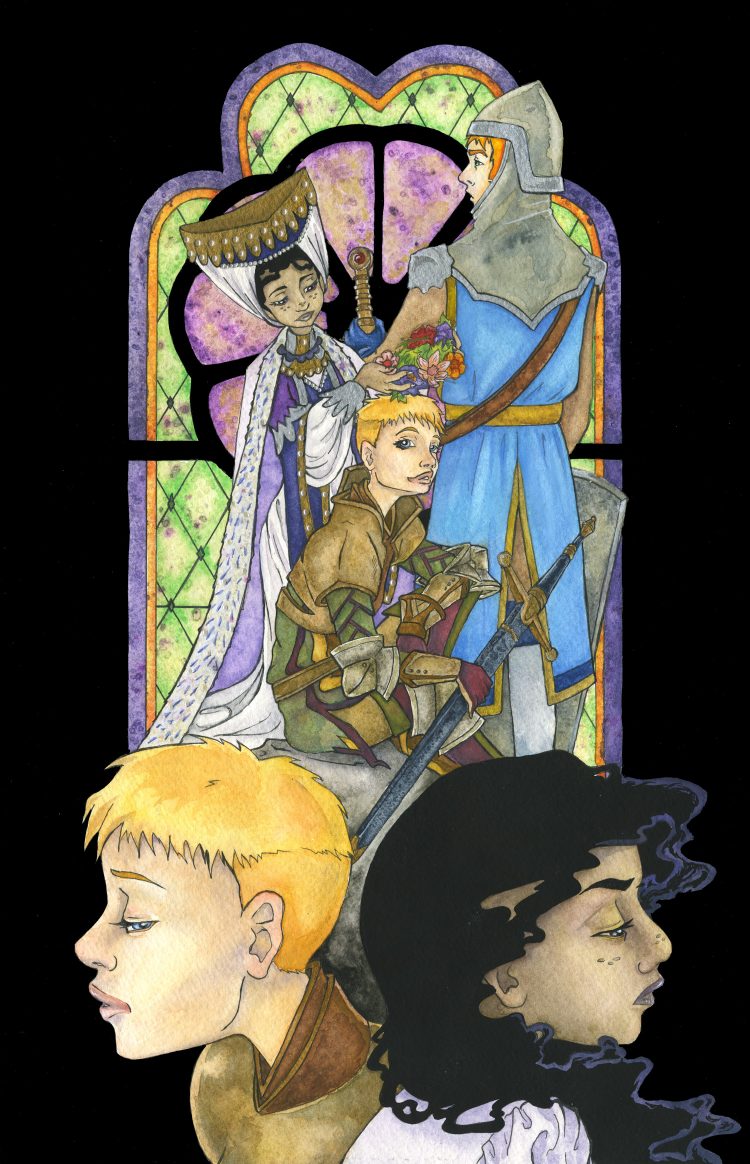 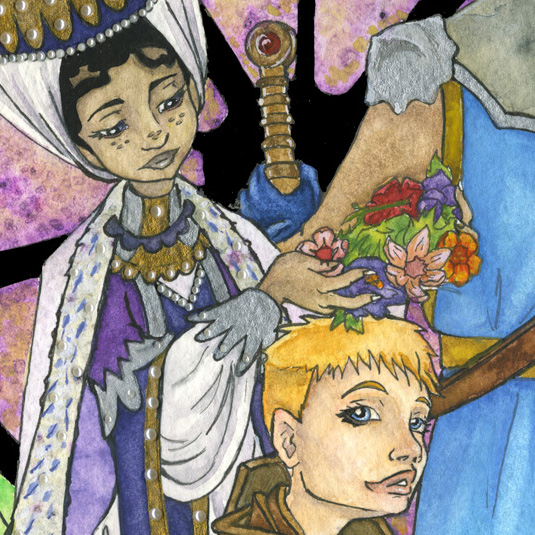 This was the first piece I drew of Three Lives; it was the first time the characters had faces. For this piece I decided to focus on a private moment between Perdita and Constantine – away from the palace, free from shackles, and spying eyes.  I used this piece to imagine what their relationship looked like when not forced into roles and instead of the guard serving/saving the princess, the princess is crowning her guardian with beauty and femininity.

I’ve gone into color theory details on each character’s individual pages: purples for Perdita and blues for Ermingild), but in this image Constantine has chosen what she’s wearing instead of being in royal uniform. For some reason it was harder to come up with her color scheme than I originally hoped.

Instead of going deep into color theory – like the character vignettes – I wanted her to appear humble, so chose drabber colors. I also wanted her to have leather armor pieces mixed in with worn silver. I played around with a few color washes and certain tints just weren’t working for me. Remembering that I added a bit of red for Ermingild, to represent passion, I decided to do the same for her. But it was important that the red was muted and less vibrant than his.

Once the reds, leathers and tans were in place I decided to go with a muddy chartreuse; not my first choice but there were certain colors I was avoiding (purples, whites, blues, golds and certain tans and neutrals), so that left me with green. 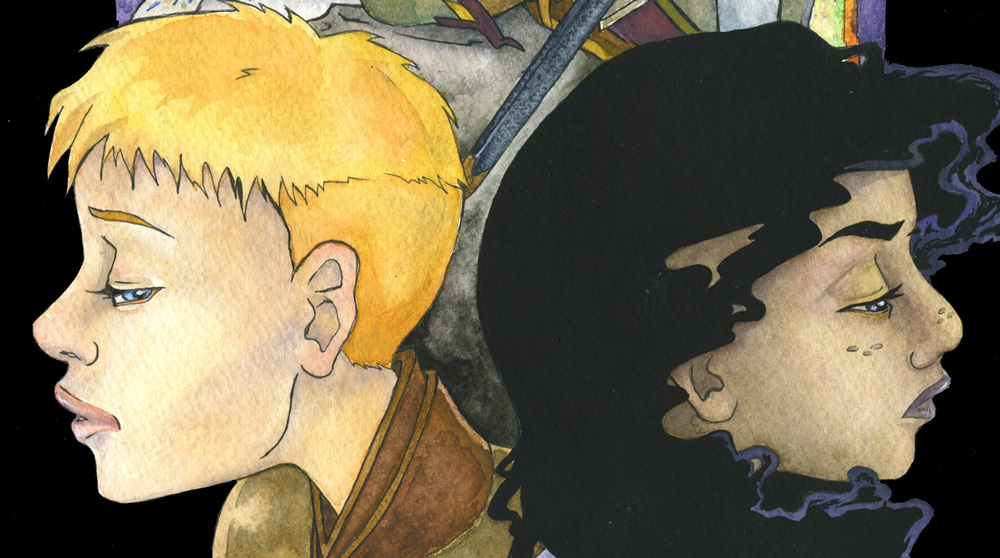