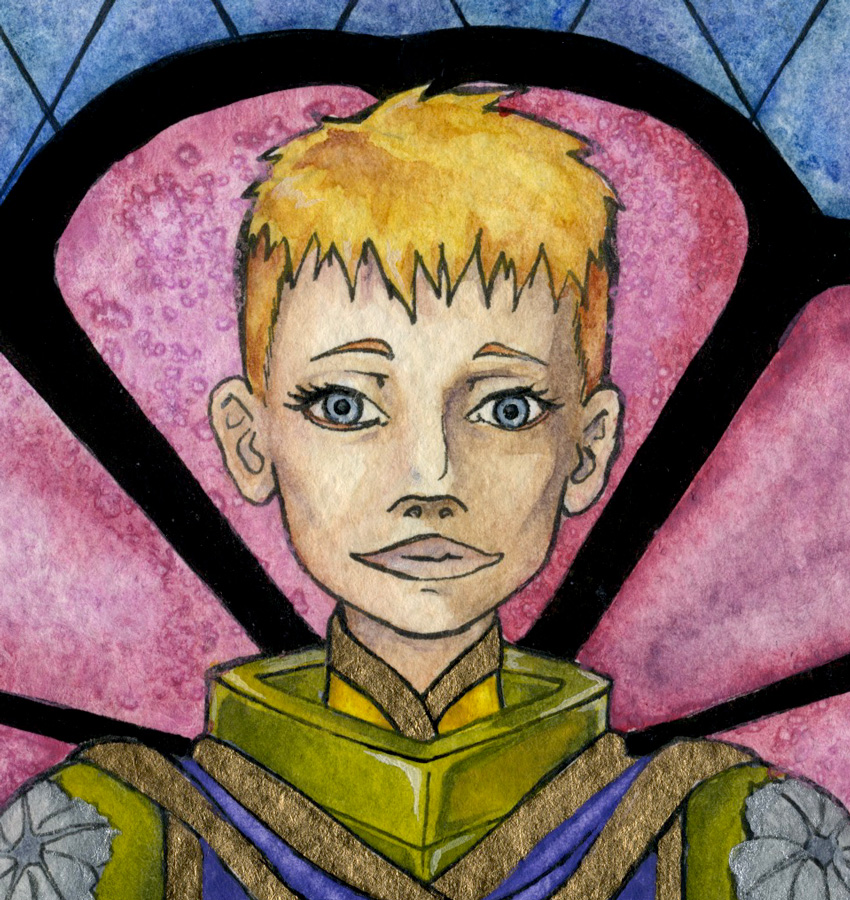 It was important to have Constantine match Perdita in color and theme since she is the princess’s royal guard. There is less yellow in Constantine’s garb than Perdita’s and while her gold armor does stand out, there is an equal amount of purple to balance the two.

Her stance is just as important as her garb as it tells a lot about her personality; direct and proud. I wanted her to be an anomaly of sorts with her visual characteristics. I grew up during a time where blonds with blue eyes were the height of beauty, and I wanted her to represent that possibility. However, as a guard, she is forced to have short hair , since beauty is not something a guard should be concerned about. So you have a woman who could be the epitome of beauty, but it was stripped away and she cares not.

This was another piece I started before I recorded my process. I believe there is just the below video with this piece in it (very end).  There are more videos about the process of this and other Three Lives pieces here.

Below is the same color information included in Perdita’s information, but it has more to say about her than Constantine.

If yellow is overused, it can have a disturbing effect. Dull (dingy) yellow represents caution, decay, sickness, and jealousy. Lurking in the background is the dark side of yellow: cowardice, betrayal, egoism, and madness.

The petunia flower symbolizes anger and resentment especially when they are presented by someone with whom you have recently had a heated disagreement. They can also symbolize your desire to spend time with someone because you find their company soothing and peaceful. According to some sources, petunias are also a symbol of not losing hope.